Great to open the New Year 2014 at The BA Concorde Club in Heathrow, playing with our flag-ship B 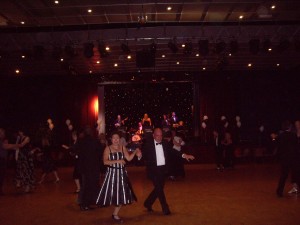 allroom and Latin Dance Band for their New Year’s Dance. Tickets were available to the public and priced at £12.50 and we were absolutely delighted that all tickets were sold and we played to a full house. So many different bands work at that venue but it was the first time ever that they have sold out and on a cold January night to boot!

We were asked to return to the BA Concorde Club and our next strict tempo ballroom dance will be on 11th September 2014 and it’s a black-tie ball.